Interim managers offer their collaboration to companies for temporary projects. They work as self-employed persons and, depending on the assignment, may find themselves in situations that make it difficult to distinguish their role from that of salaried employees of the company. This is of particular relevance when a temporarily vacant leadership position is filled by an interim manager to bridge the gap.

Although they operate independently on the market and their assignment for different clients rarely last longer than a year, there is a latent risk in their assignments that it will be regarded as an employer-employee relationship.

Interim managers thus often work in a legal gray area and see themselves forced into a corner where IT freelancers who have already worked for the same company for many years dictate the issue of bogus self-employment. For these and similar professional groups, this difficulty is often a hot topic in the press. For interim management, bogus-self-employment is a “bogus giant” that appears threatening from a distance, but can be reduced to a manageable residual risk when approached more closely.

Dr. Werner Loose has been supporting national and international companies in their change processes as an interim HR manager for 8 years now. His expertise and professional know-how are the result of many years of management experience in the field of human resources in the automotive industry.

Where do you stand on the issue of bogus self-employment?

Dr. Werner Loose: It played a role right from the start, albeit only a minor one. Eight years ago, when I decided to offer my services as an independent personnel manager in interim management, it was a topic of heated discussion in the industry. It was triggered at that time by some major cases of bogus self-employment, particularly in the IT sector, where some “outsourcing” turned out to be fraudulent labelling and quite rightly received a considerable amount of attention in the press.

In these cases of IT services, some companies had to pay social security contributions retroactively on a large scale and thus suffered considerable damage to their image. As a consequence, the guidelines of these companies were tightened to such an extent that the door also remained virtually barred to interim management.
Experienced colleagues reassured me at the time that in the practical world of interim management, the topic rarely plays a role. That is still the case today. The reasons probably lie in the fact that interim management assignments are always individual cases, and invariably in special project constellations with tighter time limits that cover anything but standard services.

In addition, interim managers are generally experienced and reputable individuals in an income group that is unlikely to be considered particularly worthy of protection. Nevertheless, there still remains an irritating gray area and a residual risk that, even it is of manageable proportions, is proving to be a restraint on business for the industry. It is appalling that it has not been possible to clarify this through appropriate legislation in recent years.

What are the dangers and consequences when it comes to bogus self-employment?

Dr. Werner Loose: Companies run the risk of having to pay retroactive social security contributions if the interim manager´s services later prove to have been an employment relationship. The status assessment procedures initiated by the German Pension Insurance system often only deal with the current activity instead of also taking broader issues into account. Here, there is a threat of penalties and also a loss of image, especially for large groups and stock corporations. Even though the risk is comparatively low, it forms a surmountable but burdensome hurdle to working with an interim manager.

Sales taxes have to be recovered and there is even the risk – in case of wilful action – of criminal charges. The risk that the interim manager could sue for a permanent position is more of a theoretical issue. This was exactly what happened with the IT freelancers.

The risk exists for interim managers that the employment will be classified as salaried employment, the activity will consequently be deemed to be subject to social security contributions and contributions will have to be paid retroactively. Nevertheless, the uncertainty lies predominantly with the contractor.

How could the suspicion of bogus self-employment be countered?

Dr. Werner Loose: It is important for companies to clearly identify interim managers as external professionals. This must include the proper wording of service contracts and the practical implementation in accordance with established criteria – as far as it can be accomplished in practice: e.g. an e-mail address that clearly indicates an external person (e.g. name.ext@company name.com), no inclusion in telephone directories or organizational charts, no business cards of one´s own, and so on.

Interim managers should ensure that they maintain an independent entrepreneurial profile in the marketplace: A professional web presence helps to underline this. A list of all previous clients as well as time-limited assignments further substantiates their independence. Although this is not formally relevant for the individual case assessment, it supports the assessment of the situation in the best interests of the interim manager.

The DDIM – (Dachgesellschaft Deutsches Interim Management e. V. https://ddim.de/), the umbrella organization for German Interim Management, has been trying for years to influence and clarify social legislation – unfortunately with little success so far.

Would you like to leave our readers with a parting conclusion?

In summary, it can be concluded that companies can exert sufficient influence on profitable collaboration by means of clear regulations and clearly-defined contracts. The accusation of bogus self-employment should be seen as a hurdle rather than an actual obstacle.

All in all, companies benefit from the use of an interim manager, who provides flexible support in terms of time and broad professional expertise, while the actual recruitment process is running concurrently.

„The monstrosity of bogus self-employment is reduced to a manageable residual risk in interim management."

The monstrosity of bogus self-employment will continue to be an issue for interim management. Legislation for this particular group is in urgent need of reform. It is unacceptable that self-employed managers with an annual income far above the contribution assessment ceiling are treated according to the same criteria as obscure work contract constellations in the IT service sector. The legislature is now called upon to finally provide clarity in this matter.

Until that time, interim management has to live with this illusory giant. If the essential formal aspects in the contract and in business practices are observed, this can be reduced to a manageable residual risk. If all controllable framework conditions are designed and implemented in compliance with the law to the best possible extent, the unavoidable remaining gray area will hardly suffice to qualify as intentional. In the unlikely event of a claim, the limited duration of the assignments will ensure that the subsequent retroactive payments of social security contributions will remain within manageable limits.

I personally do not know of any case in which an interim manager had to face an accusation of bogus self-employment. It seems to play a minor role in everyday practice.

This interview was conducted by Jan Griesbach with Dr. Werner Loose, Building-HR-Bridges

Reasons in consideration of bogus self-employment for a provider

If any uncertainties exist on the part of the client or customer about the design of the interim management assignment, the early involvement of expert providers is a beneficial solution for both sides – i.e. the company and the interim manager – and offers many advantages. Providers advise and support the entire collaborative process and can draw on a wealth of their own experiences.

Thus, clearly defined and precisely formulated contracts, that also include all key data from the range of tasks to the working hours are used (in the case of self-employed interim managers, DDIM will provide these). The interim manager is assigned externally and treated as an external party. Here too, the provider explains precisely what must be observed, e.g. external e-mail address, no authority to issue instructions, free choice of working hours and location.

In the case of direct assignments via a provider, one contract is concluded with the client (principal) and one with the interim manager, subject to complete legal compliance verification and having undergone a legal review.

Jan Griesbach, co-founder and managing partner of Reckers & Griesbach, has been active in the executive interim business for several years and is the primary contact person for interim management at Reckers & Griesbach. He possesses a wide range of industrial know-how and is happy to share this.

We look forward to hearing from you. 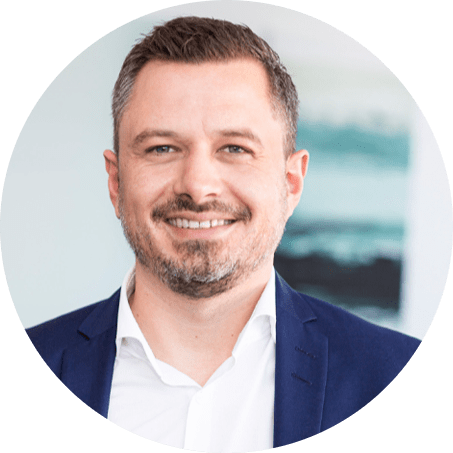